Army Dollar Token, a crypto currency which is developing a metaverse for the BTS Army, witnessed a huge price gain soon after getting listed on a Dubai based exchange, named Dexorca.

Commenting on the impressive performance of the $ARMY, CEO Joseph D. Hugh of BTS Army Co., Limited said, “there has been much interest in both the BTS Army and our news platform armydollar.com which has served the fans for many years. With the successful launch of $ARMY token, the company will now be able to proceed with the further development of its metaverse for Army called Armyworld.io which is set to open early next year.”

The CEO also reiterated that there were many fabricated rumors targeting Army dollar. In the past, There were instances when a token called army coin got delisted owing to the infringement of intellectual property; however, it is to be known that,

“We respect all intellectual property of BTS and have no intention of taking advantage of it without proper licensing.  Army Dollar is a place for fans to get information and participate in fan activities without breaching any intellectual properties or rights.  We hope to become the voice of the BTS Army in a professional and fair manner.”. 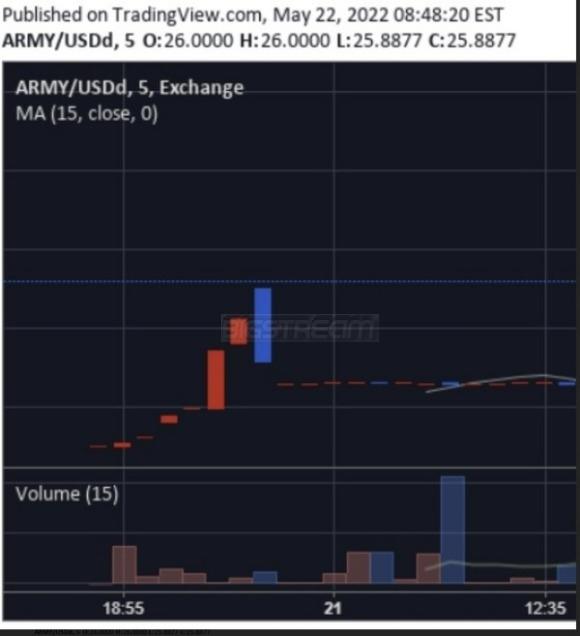